Williams Oinonen LLC helps protect the rights of our clients who have been injured or harmed due to a wrong or injustice. We specialize in employment law, education, civil rights, business disputes, injury & wrongful death. We fight to protect our clients' best interests and help them obtain the justice they deserve. Williams Oinonen LLC cares about each of our clients. The respect and aggressive advocacy we provide reflects the commitment we bring to winning their case. 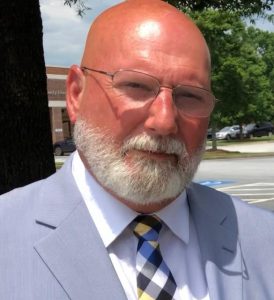 “I am about to get fired from my job,” or “I think my boss is about to terminate me, what do I do?” are questions that Williams Oinonen LLC hears from employees all throughout the state of Georgia. When facing this dilemma, the most important thing to do is to seek legal advice before taking any action at all. Depending on the type of job you have, different legal rights may apply.

In this case, Williams Oinonen LLC had five full days worth of a fair dismissal hearing that lasted for nearly half of a year. And thanks to Georgia Association of Educators, three of the top expert witnesses concerning the lawful use of CBD oil were retained. These experts testified that Mr. Blackwood was legally using CBD oil to treat an auto immune disease. Williams Oinonen LLC filed suit for unconstitutional violations by the school district which can be read about here.

Ultimately, after a long and hard fought battle, Clayton County Local Board of Education voted unanimously not to terminate Mr. Blackwood. The AJC ran a story on his victory which can be read here. Stated Mr. Blackwood:

END_OF_DOCUMENT_TOKEN_TO_BE_REPLACED 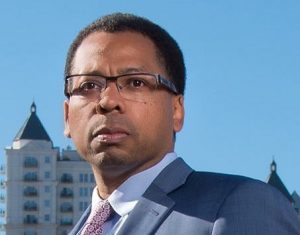 The 57-page civil suit, filed in U.S. District Court on June 3, named twenty five defendants, including the center and board of directors, including the Chatham County District Attorney Meg Heap, along with several local police officials.

For more on the story in the Savannah newspaper you can read here.

END_OF_DOCUMENT_TOKEN_TO_BE_REPLACED

Williams Oinonen LLC partner Mario Williams obtained a $285,000 settlement on behalf of our client Governor Henderson in a gender discrimination case against District Attorney Paul Howard. It was featured on the Daily Report front page today which can be read here.

The plaintiff in this case, former District Attorney Governor Henderson claimed he was told “the position would only be filled by a woman because some jobs are not for certain people.” 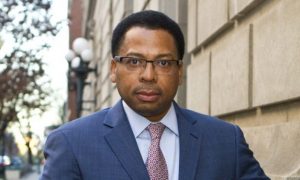 The temporary restraint order motion and lawsuit names the city of Atlanta and its Police Chief as defendants. Chief Judge Thomas Thrash Jr. of the U.S. District Court for the Northern District of Georgia is assigned to the case.

END_OF_DOCUMENT_TOKEN_TO_BE_REPLACED 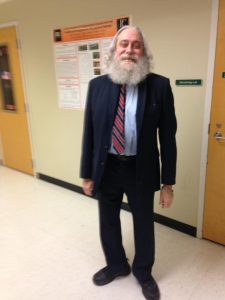 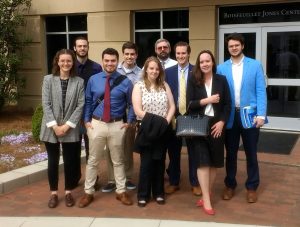 Williams Oinonen LLC had the pleasure of hosting pre-law Covenant College students and their pre-law advisor Dr. Richard Follett with a visit to Emory University School of Law. In the morning students visited the downtown Atlanta law firm of Williams Oinonen LLC, toured Fulton County Superior Courthouse and observed Judge Gail Tusan’s criminal arraignment and plea calendar court. In the afternoon they had lunch on the main campus of Emory University, attended an admissions tour of the law school campus, and ended the day visiting the remainder of the campus including the Emory Carlos Museum.

Williams Oinonen LLC enjoys hosting pre-law students from Georgia colleges, mentoring, and providing clerkships to law students who are primarily interested in civil rights work with a primary focus in the areas of education and employment. 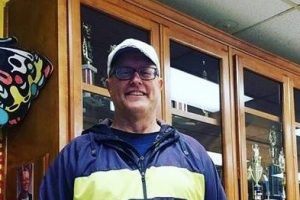 Williams Oinonen LLC had the privilege of representing Dr. James O’Donnell. Dr. O’Donnell, who had faithfully served for 39 years, returns to his job this Monday.

The Atlanta Journal Constitution followed the story and his return here.

In a statement, Dr. O’Donnell wrote:

END_OF_DOCUMENT_TOKEN_TO_BE_REPLACED 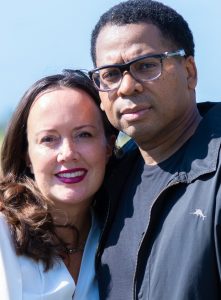 Good Georgia Education lawyer wins State Board of Appeal decision reversing a Local Board of Education’s decision to terminate a teacher.

This was a case involving a Georgia Association of Education (GAE) member client. Oftentimes, we are asked “Should I join GAE or Page?” Whereas most associations have legal caps and limitations in terms of how much legal funding they will cover for a member’s case, GAE is the only teaching association in the state of Georgia that is the regional affiliate of the largest teacher’s union in the country, the National Educator’s Association (the NEA) which has the resources to fight and win.

Unfortunately, it is only a question of when (not if) an educator will face a problem in their career that will require legal representation. Going without GAE coverage is similar to driving a car or buying a brand new home without purchasing the insurance coverage one needs in the event a wreck or fire happens. Educators that need to hire an attorney without such coverage end up having to pay out of pocket. This is why we encourage all our clients to join GAE so their legal fees are covered in the event they have an employment problem.

END_OF_DOCUMENT_TOKEN_TO_BE_REPLACED

Good Georgia Employment Lawyer secured a third victory for Cindy Williams in an ALJ trial prosecuted by the Attorney General. The ALJ’s (Administrative Law Judge’s) decision is below which reversed the Professional Standards Commission, also known as the Georgia PSC, which had sought to suspend the educator’s certificate for two years.

Cindy Williams had previously won her appeal before the State Board of Education reversing the Local Board of Education’s decision to terminate her. The Grady County School Board also ended up paying her $50,000 to settle all her claims. Preposterously and in spite of these two victories, the Georgia PSC still erroneously sought to suspend her teaching certificate.

Fortunately, Cindy Williams was a member of the Georgia Association of Educators (GAE). Oftentimes educators contact our law firm in tears because they joined the wrong teaching professional association instead of GAE and soon learned that their legal fees would not be fully covered. Other times, teachers will often ask: “Should I join GAE or PAGE?” Whereas PAGE has legal caps and limitations in terms of how much legal funding they will cover for a member’s case, GAE does not as it is the only teaching association in the state of Georgia that is the regional affiliate of the National Educator’s Association (the NEA) the largest labor union and teacher’s union in the country. As a result, GAE has the resources and weight as a powerhouse to aggressively fight on behalf of educators throughout Georgia.