The Georgia Fair Business Practices Act is the primary law that protects consumers in our state from unfair business practices. The actual purpose of the law as cited in O.C.G.A. § 10-1-399(a) is: “to protect consumers and legitimate business enterprises from unfair or deceptive practices in the conduct of any trade or commerce….” This law forbids any “[u]nfair or deceptive acts or practices in the conduct of consumer transactions and consumer acts or practices in trade or commerce….”

Notice Requirement and Statute of Limitations:

END_OF_DOCUMENT_TOKEN_TO_BE_REPLACED 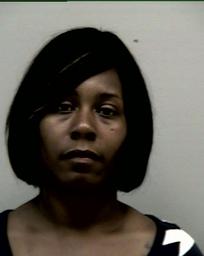 Tekila Mynon Glass, age 30, from Riverdale, Georgia was charged with misdemeanor vehicular homicide as a result of the death on Sept. 18, 2011 of a 1-year-old child who was in a stroller at Lenora Park in Gwinnett County.

Witnesses who observed Ms. Glass strike the child in the stroller as she backed up with her 2005 Chrysler Pacifica through the parking lot at Lenora Park on Lenora Church Road are urged to contact the Accident Investigation Unit at 770-338-5675.

Olivia Hellwig was transported to Children’s Healthcare at Egleston in Atlanta where very sadly she tragically died. Her mother, Brooke Hellwig, was also treated for injuries police said. Her greatest injury of course was the loss of her young daughter due to the negligence of Ms. Glass.

Gwinnett County police report revealed that Glass’ vehicle carried six passengers. The police request that anyone who has witnessed the accident and has yet to speak with investigators to please contact the Accident Investigation Unit at 770-338-5675.

Good Georgia Lawyer urges our legislature to craft stricter laws that will keep pedestrians safe and prevent terrible tragedies that result in the loss of life. In the event a Georgia citizen dies due to the result of someone’s negligence, then the negligent driver is generally held liable for a failure to exercise reasonable care while driving. Hopefully, it is the case that Ms. Glass carried an ample insurance policy so that the family of the young child she killed may receive damages—money given as compensation to assist a family in a personal injury suit.

In Georgia, there are two major types of damages–compensatory and punitives. Punitives punish and deter the offender from injuring someone in the future. Compensatory helps with medical bills, funeral costs, pain and suffering.

If you know someone who has experienced the loss of a loved one due to the negligence of a person or a corporation, we encourage you to seek legal advice immediately.

Good Georgia Lawyer implores all Georgians to drive carefully: always pay attention when backing up your vehicle in a parking lot. You never know what precious cargo may be in your path and your life as well as the life of someone else can change in a split second if you are not exercising caution at all times while driving.
END_OF_DOCUMENT_TOKEN_TO_BE_REPLACED

END_OF_DOCUMENT_TOKEN_TO_BE_REPLACED

Almost everyone in our country is affected by contract agreements. And people and businesses break those agreements all the time. That’s reality. And when someone or a business fails to perform as he or she promised, in accordance with a contract, clients seem to always ask: can I recover more money as punishment for the reproachable manner in which our contract was breached? The answer, in Georgia: maybe.

The Georgia code expressly states “[u]nless otherwise provided by law, exemplary damages shall never be allowed in cases arising on contracts.” O.C.G.A. § 13-6-10. (Exemplary damages are commonly referred to as punitive damages, a penalty [punishment] imposed against the wrong-doer to deter future, similar conduct.)

As you can read, the Georgia code disfavors punitive damages for breach of contract actions, and the Georgia courts have agreed. But, there exists avenues other than stating your claim as a breach of contract, in order to maximize your recovery if punitive damages seem warranted. You may be able to claim that the person who breached your contract committed a civil tort against you.

A civil tort is an unlawful violation of a private right other than a breach of contract, generally. That means the wrong-doer must breach an independent duty created by statute or common law that, importantly, was owed to you. And that breach of duty must be the actual or proximate cause of your injury (damages). So if a person or business committed a civil tort against you arising out of a contract, then, punitive damages may be possible, under Georgia’s civil tort statute, O.C.G.A. § 51-12-5.1.

For example, if a a person keeps a car without paying rental fees owed to you by contract, Georgia courts have reasoned that the civil tort of conversion may be claimed against that wrong-doer (and punitive damages possible), since he or she is unlawfully in possession of your property, after defaulting on payment. Or, maybe fraud or deceit was committed against you in the context of a contract agreement. Or, maybe a third party (stranger to the contract) interfered with your contractual rights and thus caused your contract to be terminated.

The above-mentioned civil claims are complex, but nevertheless they are tort claims, and while they may arise out of a contract dispute, these type of claims carry with them an independent cause of action that “may” entitle you to punitive damages. Ultimately, the substance of your claim–as “truly” being a tort claim rather than being a breach of contract claim in disguise–will determine if punitive damages are on the table, in Georgia.

(You must always be mindful that punitive damages, in Georgia, can be difficult to recover because the conduct in question must be more than merely negligent conduct or even grossly negligent. Generally, the conduct must be intentional or willful, or demonstrate a complete want of care that would lead an ordinary person to presume that the wrong-doer had a conscious disregard for the consequences of his or her action[s].)

You definitely need a good lawyer when dealing with breach of contract issues because whether or not punitive damages are possible, a good lawyer still must evaluate issues such as liquidated damages provisions (O.C.G.A. § 13-6-7); mitigation of damages (O.C.G.A. § 13-6-5); recovery of lost profits; and recovery of actual, remote, or consequential damages, amongst many other considerations.

Every case is different. So your recovery will depend on a good lawyer who can apply the unique facts of your case to the multiple facets of Georgia law.
END_OF_DOCUMENT_TOKEN_TO_BE_REPLACED