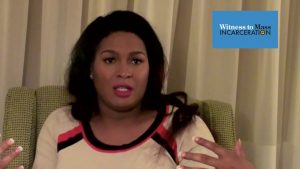 Our client Zahara Green, co-founder of TRANScending Barriers discusses the problem of disproportionate violence and murder against Transwomen of color. Zahara Green has a civil rights case before the Eleventh Circuit concerning a terrible assault she suffered while incarcerated at an all male facility in Georgia. She tells the story of the terrible rape she suffered here. More information on her case can be read here and here as well as here. Both Elton John and Michael Stipe gave a statement in Rolling Stone condemning her treatment which can be read here. In it, they both stated “We must do more to end the culture of violence and discrimination surrounding gender identity and expression,” the duo wrote. “We urge the state of Georgia to embrace desperately needed changes to their correctional system.”