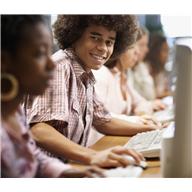 A family in Gwinnett County are very upset when their 13-year-old child was suspended after voluntarily turning in a pocket knife he had found in his school bag. After complaining, school officials agreed to decrease the number of days he was suspended and rethink the suspension policy.

The young child found the pen knife in the backyard that his aunt had bought second hand at a yard sale and given him as a Christmas gift. As soon as he found the knife, he immediately turned it into his teacher.

Even though it was obviously not the young man’s fault, common sense did not follow and the school foolishly gave the boy a four day in school suspension for violating the school policy on weapons.

Since then, though, school officials have now reduced the boy’s suspension to two days and claim they will “rethink” the policy. Says the boy’s father: “He is a very good child. We’ve never had a discipline problem with him; he is in Boy Scouts, he is very good natured.” Additionally, he told his son, “Jack, you did the right thing. What else could you have done?”

Severe and automatic punishments evolved from the ‘zero-tolerance’ movement which started in the eighties in keeping with the federal anti-weapons and drug policies. But as the AJC reports: over the years, Georgia students have been suspended under zero tolerance “for kissing a girl on the forehead, wearing a studded belt, bringing a French teacher a gift-wrapped bottle of wine and carrying a Tweety Bird wallet with a chain on it.”

In 2009, a similar incident happened when a middle school student accidentally brought a fishing knife to school and ended up being expelled, arrested, convicted of a felony and sent to an alternative program even though he voluntarily gave up the knife to the principal.

This is an example of the type of absurd, common-sense lacking decisions that sometimes occur among school districts as experienced by some of Good Georgia Lawyer’s clients. Fortunately, in response to the 2009 incident, state Senator Emanuel Jones, a Democrat from Decatur, sponsored legislation that required a hearing before taking a student into custody and prohibits charging a student as a designated felon unless the weapon is used in an assault or it is a gun. This bill was signed into law in spring of 2010 by the Governor.

If your son or daughter becomes a victim of this type of common senseless injustice, it can be very helpful to contact an attorney right away to protect your child’s legal rights. Georgia law provides that if there is the potential of a suspension longer than ten days, then O.C.G.A. § 20-2-753 requires a disciplinary hearing where the requirements of O.C.G.A. §20-2-754 are met including providing written notice, entitling the student to be represented by legal counsel and to present evidence.

In this instance, if the period of discipline is shorter than ten days, an attorney is still helpful to protect your child’s rights in these types of extreme instances. If other issues are involved–such as violations of Georgia bullying law or federal disability laws–there can be even greater need to obtain legal counsel.

If you would like to schedule an appointment to discuss these concerns, please contact Williams Oinonen LLC at 404-654-0288