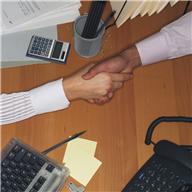 What does this mean in simple, plain English?

Well, there are two parts to this law. In a nutshell, the execution of this new, second agreement may amount to a satisfaction of the first, older former contract for two reasons:

1. First, where it is so expressly agreed by the parties (both people state so); or
2. Second, if there was no such agreement to satisfy the first contract, if the new promise is founded on a new consideration (a promise to do something like pay money), the taking of it is a satisfaction of the former agreement.

Here is a good and easy example to understand what it means:

What if I had a contractual agreement with my Uncle Bob that I would hire him to build me a backyard shed for $30,000? Uncle Bob and I agree that I will pay him $10,000 to start the project and $5000 at the end of each week until he is finished.

Unfortunately, during the course of the shed building, Uncle Bob starts drinking again and can barely pick up a hammer to nail a board in straight. The shed turns out completely lopsided and crooked. I tell Uncle Bob that there is no way I am paying him $30,000 for this shed that looks like the leaning tower of Pisa. So, Uncle Bob and I make a new agreement, subsequent from our first contract where I pay him $20,000 rather than the $30,000 I originally promised him.

What is the consideration in this new subsequent agreement? The consideration is that for a $10,000 savings, I gave up what I was entitled to: a well-constructed shed. Uncle Bob gives up his right to full price to avoid being sued for a shoddy performance. Once accord and settlement has occurred, Uncle Bob and I have given up the right to sue for more money under this settlement agreement.

Months later when Uncle Bob is back on the wagon, can he sue me for the $10,000 I was supposed to pay him from the first contract? Can I sue him because I am still mad about the ugly crooked eyesore in my backyard? No! Accord and satisfaction has occurred.

Have more questions? Read more here and consider contacting us today to schedule an appointment.

Contact Williams Oinonen LLC to schedule a legal appointment at 404-654-0288.