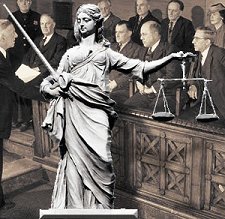 Williams Oinonen LLC (Good Georgia Lawyer) is a member of AAJ, the American Association for Justice. AAJ shares the same commitment as Williams Oinonen LLC, making certain people have a fair shot at obtaining justice through the legal system when they are injured by the wrongdoing or negligence of others. We believe this even when it means challenging big foreign corporations. The problem is that a recent ruling by the United States Supreme Court this past month makes it even harder to challenge foreign corporations and easier for companies outside the United States to get off the hook when they create a product that injures or kills an American consumer.

The U.S. Supreme Court’s decision in McIntyre Machinery v. Nicastro is the case that creates challenges and makes it much more difficult to hold foreign manufacturers accountable in the U.S. court system.

Legislation commenced in the last Congress – the Foreign Manufacturers Legal Accountability Act – would insure that foreign manufacturing companies are held accountable to the same United States safety standards or be held subject to our civil justice system by requiring, as a condition of entering the markets, foreign corporations to have a registered agent to accept service (the papers which are “served” to a defendant subjecting him to a lawsuit) on behalf of foreign manufacturers. Doing so would mean that they automatically were subject to jurisdiction in U.S. courts, one challenge to holding foreign manufacturers to the same safety regulations as corporations in the United States.

“This decision not only hurts consumers, but also U.S. distributors and businesses that must adhere to safety laws and regulations that foreign manufacturers can avoid,” said Vance. “Congress must act quickly to address legal jurisdiction in our global marketplace.”

According to the AAJ, 83 percent (312) of the 377 recalls announced by the Consumer Product Safety Commission (CPSC) in 2009 were from foreign corporations!

Big powerful lobbyists through an intense lobbying and media campaign effort have tried to convince Americans to think there are too many frivolous lawsuits out there. But the real truth is that these lawsuits are often the last defense and safety net against violations of our constitutional rights and against large corporations who violate American consumer rights without redress. Whether it is going after Chinese manufacturing companies that are pumping toys that contain poisonous lead into our market, or whether it is a violation against one’s freedom of religion (First Amendment) or freedom to bear arms (Second Amendment), the Seventh amendment is the one recourse that provides Americans with a constitutional right to a civil jury system to insure that our rights are enforced and our liberties are protected.

Whether you are a Tea Partier, Republican, or Democrat, everyone who believes in protecting and preserving our United States Constitutional rights should be concerned about the insidious attack on our 7th amendment right to civil justice. Unfortunately, the recent United States Supreme Court’s ruling has made it even more difficult for Americans to use their 7th amendment right when they require civil justice because of violations and wrongs done by a foreign corporation. Whether it is foreign imported baby milk that contains poison or a foreign made vehicle that explodes killing our loved one–we need to insure that foreign corporations are held to the same safety standards as American companies. And we need to insure that Americans have the same constitutional rights to seek legal redress for wrongs committed by foreign corporations just like they would have against a U.S. domestic corporation.

There should not be a double standard. What is good for the goose should be good for the gander. If foreign corporations are allowed to do business here, they need to be willing to play by our rules. No one should have the right to injure or kill an American consumer by hiding behind a foreign veil of protection and evading the American civil justice system.

For more information on the 7th amendment Constitutional right to a civil justice system, we recommend reading our previous article here.