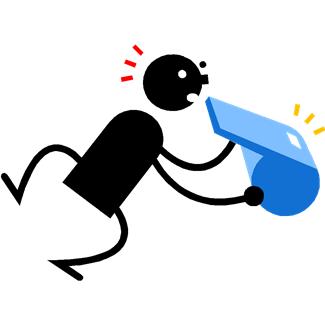 In 2010, the United States recovered four billion dollars from health fraud cases after federal health care law established one health care fraud agency and enlarged another.
Medicare predicted provisions of the law would actually net $4.9 billion in abusive fraud savings in the ten years, which should be rolled back into Medicare.

Good Georgia Lawyer has written extensively about whistleblower actions in Georgia as it is a subject that is near and dear to our heart. For some examples of false claims fraud against the government and reasons why you should blow the whistle, read here.

The reasons, as we explain in this article are that you can help save lives by:

• Protecting Consumers by preventing companies from selling defective products that injure and kill;

• Protecting patients by discouraging pharmaceutical companies from marketing off labels pharmaceutical drugs unlawfully and preventing corporations from committing medicare and medicaid fraud by having them perform unnecessary or incorrect medical procedures.

• Protecting the Environment by discouraging companies who unlawfully steal our land’s resources.

Other Reasons to Blow the Whistle:

You may be eligible to receive a portion (usually about 15 to 25 percent) of any recovered damages which sometimes can add up to millions of dollars in False Claims. It is important to be the person who reports it first because that person is the one who is entitled to financial reward. The law protects you from retaliation, demotion, harassment, and termination for reporting fraud.

If you work for a hospital, medical clinic, pharmeceutical company, or other corporation and you know that your company is cheating and defrauding the government, contact Williams Oinonen LLC today at 404-654-0288.