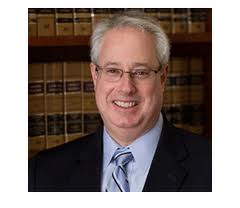 Yesterday, Sam Olens drafted a memo to all departments, agencies, commission, authorities, councils and boards of the state of Georgia. It was drafted in anticipation of Governor Deal signing HB 397 which substantially revises Georgia’s Open Records and Open Meetings Acts. HB 397 became effective immediately upon signature of the Governor yesterday.

Mr. Olens stated in his memo to the state agencies that: “Our goal in preparing and championing this legislation was not to substantially revise Georgia’s open government law, but, first and foremost, to put it in terms that laymen and public officials alike can more readily understand. Nonetheless, the Act does make several significant changes to prior law, and I write today to highlight several key changes for your reference.”

Those changes were mentioned by Mr. Olens as follows:

1. The Act simplifies the definition of “meeting” to mean any gathering of a quorum of an agency’s governing body at which “any official business, policy, or public matter of the agency is formulated, presented, discussed, or voted upon.”

2. The Act makes clear that all votes must be taken in public. O,C.G.A.
50-14-l(b). Exceptions exist only for votes to authorize settlement of matters in litigation and for preliminary votes on real estate transactions. See O.C.G.A.
50-14-3(bXl).

3. The minutes requirements for meetings are clarified to include identifying those who second motions and to identify those voting for or against proposals and motions except when the vote is unanimous.

5. In situations involving emergency conditions or health concerns involving a member, meetings of agencies without state-wide jurisdiction may take place in whole or part (depending on the circumstances) by teleconference.

7. Email communications between members of an agency’s governing board are now not considered a “meeting” although they remain open records.

10. The Act allows discussion in executive session of portions of records not subject to public review under the Open Records Act when there do not exist other reasonable means to protect the privacy of the information involved,

11. The Act provides a clearer rule for handling closed meetings when discussions veer into an area that should be open.

12. The Act increases the penalty to $ 1,000 for first open meetings violations and to $2,500 for subsequent violations within a 12 month period. It also allows imposition of penalties in civil actions for negligent violation of the law.

1. The Act now includes “dala” and”data fields” within the definition of “public record,” and it clarifies the electronic records and data that are subject to the Open Records Act and the obligations of the agency to provide such material.

4. Before seeking to enforce the Act in court a requester is required to make a written request to the agency.

5. The Act clarifies the fees agencies may impose, The cost per page is now capped at ten cents for letter sized pages.

7. Requests for records by civil litigants for use in ongoing litigation must be copied to opposing counsel and copies of the records produced likewise must be produced to the counsel ofrecord for the agency unless said counsel elects not to receive them.

8. The Act clarifies the information a requester should provide when seeking email.

9. Provisions are made for production of records through websites, and the Act clarifies how this relates to the production of electronic data.

10. As with the Open Meetings Act, the Act increases the penalty to $ 1,000 for first open records violations, and to $2,500 for subsequent violations within a 12 month period. It also allows imposition of penalties in civil actions for negligent non-compliance with the law.

Mr. Olens concluded his memo stating that he intends this only to highlight significant changes in the Open Records and Open Meetings Acts. It is not meant to be exhaustive.

If you believe a public agency is violating your rights under the Georgia Open Records Act, contact Williams Oinonen LLC for more information at 404-654-0288.