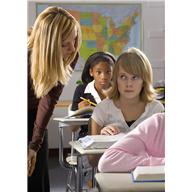 Today a Barrow County judge ruled against a former teacher who alleged that she lost her job due to a posting on Facebook.

Ashley Payne resigned from her job as a teacher at Apalachee High School in the Fall of 2009 after an individual who stated they were a parent sent a complaint about postings Ms. Payne had made on Facebook showing her drinking alcohol and stating that she was headed to a game of “Crazy Bitch Bingo” at an Atlanta restaurant. Ms. Payne claims she was under pressure to resign however the school district disputes this claiming she volunteered.

Under Georgia law, it would be very difficult to show that a voluntary resignation is truly one made under duress and a violation of one’s due process rights. Thus, it is very important for a teacher to seek legal advice prior to making such an important decision concerning their employment.

Here at Good Georgia Lawyer, we have represented many teachers dealing with employment issues and we have written about the rights of school teachers in Georgia previously.

In a nutshell, O.C.G.A. §§ 20-2-940, et seq., regulates the hiring and firing of teachers in Georgia. Firing or suspension can only be had based on eight grounds as listed and the district is required to hold a hearing before this happens.

Notice is required to be given to the teacher notifying them of the hearing and charges placed against them at least ten days prior. To learn more information, please read our article here which explains the process in more detail.

To understand your legal rights, we recommend you read our article here.

To schedule an appointment to meet with an attorney to discuss your personal employment situation, contact Williams Oinonen LLC at 404-654-0288.