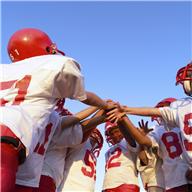 Our law firm urges you to submit a DOE proposed rule pursuant to O.C.G.A. §50-13-4(b) that protects our young Georgia student athletes from further injury and death due to heat related illnesses as a result of sports practice in high temperatures during the most dangerous months of the summer. As you know, just last week, two Georgia high school students have died from heat exposure during football practice – two deaths that should have been completely treatable and avoidable. These deaths are two too many.

Consequently, we ask that you take action by issuing State DOE recommendations to local county school districts, in addition to submitting a proposed rule concerning school sports safety before another student’s life is put at risk.

Georgia high schools were allowed to begin “mandatory” outdoor football practice on Monday, August 1, during the midst of an oppressive heat wave. As a result, on Tuesday, two Georgia teenagers died after practicing in that heat. On Tuesday morning, Fitzgerald High School defensive lineman DJ Searcy, 16, died after practice with his team’s football camp in Lake City, Florida. Later in the evening, Locust Grove High School offensive lineman Forest Jones, 16, died after passing out and spending a week in a coma after a voluntary workout with his team.

The problem, as Dr. Ralph Swearngin, Executive Director of the Georgia High School Association (GHSA) has publically admitted, is that the decisions regarding these issues are left solely to the judgment of coaches and respective school administrators. Unfortunately however, a significant lack of judgment has been displayed. It is also clear that GHSA as a voluntary association is not the suitable authority to hold schools accountable as they have limited enforcement mechanisms. Thus we urge you to step in to address this issue as you possess the leadership to demand accountability.

I am enclosing in the body of my letter a portion of a very, good article which offers concrete recommendations for resolving this problem written by Buddy Morrison, an attorney at Butler, Wooten & Fryhofer. Mr. Morrison writes:

“These two deaths come on the heels of a report by the CDC that nearly one-fourth of all emergency room visits for heat illness are attributable to football, and that August is the most common month for heat illness to occur. Over the past fifty years, hundreds of football players have died from heat-related illnesses – with most of those deaths coming in the first couple of days of practice.

Unfortunately, Georgia schools are not doing nearly enough to protect students. The Georgia High School Association (GHSA) and its member schools have failed to properly regulate practice in the heat in order to prevent the onset of heat-related illness. Even after these two recent deaths, Georgia high school coaches are still subjecting children to overexertion in dangerous heat conditions. Even worse, schools are not taking adequate steps to diagnose heat illness. Finally, even when heat illness is diagnosed, schools are not taking simple steps that would make death from heat illness entirely preventable. In sum, August football practices at Georgia high schools are unreasonably dangerous.

In response to Tuesday’s deaths, the GHSA shifted responsibility by noting that it requires individual schools to submit their own written policies for practicing football in the heat. The GHSA has also been conducting a study with Michael Ferrara, Ph.D. at the University of Georgia, to study the relationship between heat levels and heat illness, but that study has not yet been completed. The GHSA stated that it may implement a uniform heat policy in the future.

The GHSA began requiring heat policies from its member schools five years ago, when a Rockdale County football player suffered a heat-related death. The policies must specify the time of day practices may be held and the amount of time allotted to rest at various heat/humidity levels, as well as set a maximum heat/humidity level where outdoor practices must be terminated. Essentially, the school must implement a sliding scale related to the heat index – when the heat index is X, practice must start before Y. When the heat index reaches Z, practice must be canceled altogether or moved indoors.
The “sliding scales” drawn up by the individual schools vary widely from district to district. Dr. Frerrara noted that “we have seen some policies that have been conservative while others have allowed practice to continue in extreme conditions.” More importantly, the policies do not apply to “voluntary workouts” during the summer – only to “mandatory” workouts. So long as the players are not required to be at the workout, the coach can hold the workout in any manner he chooses regardless of the heat index. According to the GHSA, both of the players who died this week were participating in “voluntary workouts” not subject to the GHSA or school regulations.

Even for the “mandatory” practices, including the critical first week of practice beginning August 1, GSHA schools are not required to submit written guidelines for the total amount of time spent practicing, the type of equipment worn, or procedures for diagnosing and treating heat illness. Instead, the GHSA practice rules simply provide that “mandatory” practice may begin on August 1, and that in the first five days of practice, at least two days must have “players dressed in shorts, helmets, shoulder pads, mouthpieces and shoes only.” For the other three days, players may wear full pads. Further, schools can have “voluntary workouts” at any time, where the players may only wear helmets and mouthpieces.

The GHSA and its member schools need not apply such a haphazard set of rules – uniform, comprehensive guidelines for practicing football in the summer are not hard to find. In 2009, the National Athletic Trainers’ Association (NATA) issued comprehensive guidelines for beginning football practice that are stricter than even the GHSA practice-time rules. The NATA recommends that the first two days of practice be helmets-only and that the next three days be limited to helmets and shoulder pads. The NATA further recommends that an athletic trainer be present at every practice, only one practice per day during the first five days of practice, a maximum of three hours of practice during the first five days, and no consecutive “two-a-days” (two practices in one day) during the second week of football practice.

It is clear that, even in the wake of these two deaths, some Georgia coaches are not taking the risk of heat illness and death seriously. This week, Temple High School and West Hall High School kicked off their football camps with three-a-day workouts, and continued doing so even after Tuesday’s tragic news. Schools throughout the state are still conducting two practices a day. Although many schools, including Atlanta public schools, have canceled outdoor afternoon practices during the heat wave, other schools around the state have not altered their practice plans in response to the oppressive heat.

Other coaches mistakenly place the responsibility for proper heat acclimatization on the players themselves. The coach of Mt. Zion High School attributed heat issues to players “laying on their couch all summer.” The coach of Carrolton High School suggested that players participating in the “voluntary workouts” handled the heat better than other players. (The NATA guidelines call for proper heat acclimatization for all players – even those who do not participate in the “voluntary workouts” throughout the summer.) Marion County High School actually depended on the voluntary workouts to get players acclimated to the heat. Coach Mike Swaney observed: “If you let the kids stay home in the air conditioning and let them play video games and watch TV — if they don’t do anything all summer — they will be in a situation where they’d be in a state of shock to come out in this kind of heat.”

Not only are Georgia high schools failing to take adequate measures to prevent heat illness, they are also failing to adequately diagnose and treat symptoms. Although most coaches now allow players to take a break and rehydrate whenever necessary, “sometimes coaches confuse heat stroke with goofing off, so they push the players harder,” said William Roberts, M.D., former president of the American College of Sports Medicine.

The most effective way to determine if a particular athlete is suffering from heat illness is with a rectal thermometer. A body temperature of over 104 degrees Fahrenheit is considered to be heat stroke. High schools are not using the best objective method to diagnose heat stroke. Depending on the athlete to volunteer that he is experiencing symptoms is not enough – first, athletes often fail to report symptoms to exhibit their “toughness,” and second, an elevated core temperature decreases the athlete’s cognitive ability and judgment.

Even when a player does show symptoms of heat illness, teams often fail to take adequate steps to protect their players from further damage. Water, rest, and shade are not enough. Death from heat stroke is 100% preventable, but it requires immediate and correct medical attention. “You have to diagnose [heat stroke] quickly and treat it quickly or a cascade of bad events starts to happen,” Dr. Roberts said. Players who show signs of heat illness should be placed in a tub of ice water, which can reduce body temperature from above 108ºF to below 102ºF in 20 to 40 minutes. Rehydration alone cannot stop heat stroke quickly enough. According to Douglas Casa, Ph.D., director of athletic training education at the University of Connecticut, if teams kept a “kiddie pool” of ice water available at practices, they could prevent heat-related deaths. Even in August’s sweltering heat, most football teams fail to take this simple precaution.

While heat illness is more prevalent in high school football than other sports, no student-athlete is immune from its effects. Baseball, soccer, and cheerleading all have their share of heat-related illnesses, as confirmed by the CDC report. Also during this time of year, the marching band practices alongside the football team in the blazing heat. Notably, these sports and activities lack even the superficial safeguards that have been implemented for football.

This week has reminded us that mixing fall football with August heat is a deadly combination. Unfortunately for Georgia’s student-athletes, schools are making football unreasonably dangerous by requiring too much practice in the heat and failing to properly care for players who suffer from heat illness brought on by that over-exertion. Two sixteen-year-old boys died on Tuesday from a condition that was both 100% avoidable and 100% treatable.”

Dr. Barge, we appreciate your public service to the citizens of Georgia. We ask that you address this very pressing issue before any other young person loses their life. These deaths resulted from negligent acts that occurred due to a lack of training, awareness, and judgment. If the Georgia DOE would issue guidance in addition to a proposed rule concerning athletic safety, this could insure that no other Georgia student is put at risk in the future.