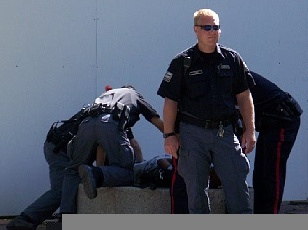 Two New York Officers were suspended recently when a videotape surfaced displaying them beating a handcuffed suspect. The video was shot by a witness looking out an apartment window in the Bronx on January 5th.

Police Commissioner Raymond Kelly said he decided to suspend the officers as soon as he viewed the video: “We simply are never going to tolerate something like that,” Kelly said. “We are going to take swift and firm action when we see activities of that nature.”

A federal statute known as Section 1983 is one of the main civil rights laws victims of police brutality and misconduct rely upon. This law was first passed as part of the Civil Rights Act of 1871, which was intended to protect African Americans from vigilante groups such as the Ku Klux Klan. It is now called Section 1983 because that is where it is located within the United States Code. Section 1983 makes it unlawful for anyone acting under the authority of state law to deprive another person of his or her rights under the Constitution or federal law.

Claims against police officers for excessive force are often brought under this Section 1983 federal statute. Both state and federal laws protect Georgians from these abuses.

If you believe that you have been a victim of police brutality, excessive force, sexual abuse, or other unlawful police misconduct, contact Williams Oinonen LLC LLC for an initial consultation.