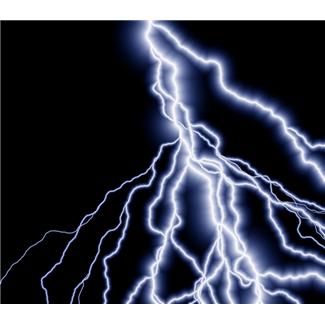 Sometimes unavoidable emergencies happen. Lightning strikes. Tornadoes blow through Georgia. Floods, fires, and other natural disasters occur. These are called in legal terms “acts of God.” What does Georgia law say about God’s actions having an effect on a contract?

The Official Code of Georgia Annotated § 13-4-21 actually has a section entitled “Effect of Act of God.” No, this is not a religious passage. Rather, this is referring to natural disasters and the like which are all beyond the control of humans, and how these acts have an effect on the parties responsible for performing a contract.

Act of God was defined by the Georgia courts over 100 years ago to mean any “accident produced by physical causes which are irresistible; such as lightning, storms, perils of sea, earthquakes, inundations, sudden death, or illness. [Also] an act of God excludes all idea of human agency.” Cannon v. Hunt, 113 Ga. 501, 38 S.E. 983 (1901).

It is always good to have an “Act of God” clause in a contract in the unfortunate rare event something does happen which makes the contract impossible to perform. For example, what if I decide to rent your big red barn for my wedding day reception country hoe-down shin-dig? It is the perfect space for the wedding reception luncheon and has a nice wood floor for a dance. It is also perfect to fit the 200 plus guests I plan to invite.

You and I have a contract which states that I agree to pay you $1000 to rent your big red barn on my wedding day. Unfortunately however, lightening strikes and your big red barn burns down to the ground one month before I am about to get married.

What does the law say about the legal obligations of our contract? Can I sue you now for not being able to perform your end of the bargain—letting me host my wedding reception in your barn? Well, the law is clear. O.C.G.A. § 13-4-21 says no. An “act of God” has intervened and it is now impossible to perform your end of the contract. Now it is likely that you will need to return the $1000 to me in order to avoid a claim of “unjust enrichment,” nevertheless, I cannot sue you for failing to provide me your big red barn for my wedding day.

This is an example of how the legal theory of “impossibility” can be a strong defense to performing a contract. A good contract will have an actual “Acts of God” clause in it. Whether you are an atheist or devoutly religious, an “Acts of God” clause in a contract obviously refers to what happens if there is some emergency (not caused by a human) that renders the contract impossible to perform. It is always good to have the parties agree on “plan B” ahead of time, in writing, as part of the contract.

To understand your contractual legal rights and obligations better, it is always a good idea to consult with a good Georgia lawyer.