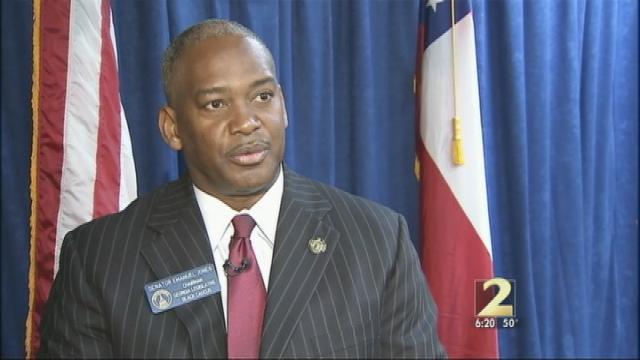 Concerning the recent lawsuit against DeKalb County School District, Senator Emanuel Jones, leader of the DeKalb’s Senate delegation commented on his concerns about the school district’s failure to respond to open records requests: “When they’re not responding, it just begs the question as to, ‘What are they hiding? What are they covering up?'” he says, “And it’s going to lead to more questions and it’s going to lead to more concerns from the public and all the other stakeholders.”

The AJC featured the story here and WSBTV’s Erica Byfield interviewed Senator Jones on the evening news in a piece that can be read here entitled “Lawsuit Raises Concerns About DeKalb Schools Corruption” The video can be seen here.

“Our law firm was informed that the Superintendent did not want the text messages to go public and that as a result she was willing to offer Ms. Gipson and up to 11 of our clients their jobs back, not just for this year but also a guaranteed contract for next year as well in exchange for us withdrawing the open records demand for her text messages. We accepted in writing the offer that had been sent to us by the Chief Legal Officer of DeKalb County School District Senator Ronald Ramsey on the Superintendent’s behalf.

For the Superintendent’s high priced law firm paid by the taxpayers to claim no text messages is absolutely preposterous. For the school district to have backtracked out of this agreement violates our RIF’d clients rights. We received a tip in August that relevant evidence was located in those text messages and over the past several months our law firm, Senator Emmanuel Jones and the news media have demanded these text messages. We call upon our leadership to stop this cover up and comply with Georgia law.”