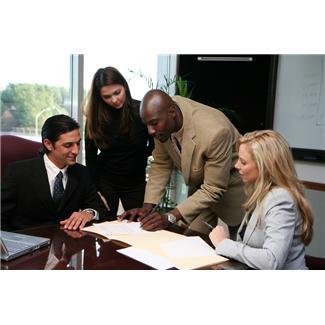 One of the main reasons many of our new clients contact our law firm is because they have heard how we were able to help save a friend or family member’s job and they need the same type of help. Oftentimes, they believe their boss is about to fire them because they see the writing on the wall, for example, they have just been placed on a professional improvement plan or professional development plan and they know their boss is building a paper trail against them to set them up for termination.

If that describes your situation, one of the most important thing you can do is to retain legal counsel immediately. As we tell clients, it is often quite difficult to “unring the bell” once the bell has been rung, i.e. an employee has been terminated from their job. However, before this happens, there is often time enough for legal intervention.

As many of you know, Georgia is an “at-will” employment state also known as a “right to work state.” This is really a misnomer as it should be called a “right to fire at will state.” This means, barring a legal exception, your boss can fire you simply because he or she doesn’t like you. That is reason enough as long as they not liking you doesn’t have to do with them not liking a protected status, for example, your skin color or the fact you are pregnant. There are several federal civil rights laws that protect employees from such type of discrimination, the most well-known of course being Title VII of the Civil Rights Act of 1964 which makes it an unlawful employment practice for an employer to discriminate against an individual regarding his employment because of an individual’s race, color, religion, or national origin. 42 U.S.C. § 2000 e-2(a)(1).

In sum, an employer cannot fire you for reasons that are based on a discriminatory motive, for example on the basis of your age, race, national origin, gender or disability without being in violation for various federal civil rights laws. Similarly, they cannot sexually harass you and then fire you because you refused to have sex with them, also known as “quid pro quo.” If you are a public employee, they cannot fire you out of retaliation for “blowing the whistle” on certain issues that fall under the Georgia Whistleblowers Act. There are also whistleblower protections for those who work for private employees for very specific claims concerning fraud and federal funding. An employer also cannot fire you if they are breaching a term of your contract agreement, assuming you do have an employment contract–many employees do not. They cannot fire you because you take medical leave, assuming you qualify for protection under the FMLA (the Family Medical Leave Act.) If you are a public employee with a continued expectation of employment, then you have a right to a due process hearing. For example, tenured teachers have a right to a “fair dismissal hearing” under the Georgia Fair Dismissal Act.

So if you suspect your boss is setting you up for firing, what can you do about it? Is there anything you can do about it? The short answer is yes, many times we can help and have saved many Georgia workers from imminent termination. We have successfully negotiated for those in every walk of life, including high level chief executive officers, doctors, bus drivers, teachers, IT computer techs, university administrators, businessmen, insurance agents, and more–whether they have worked in the public or private sector. The common factor for all of these clients is that most of them came to us prior to getting fired. That allowed us to most effectively intervene—as we have explained, it is much harder (although not impossible) to “un-ring a bell.”

What is most interesting is that we have often seen two types of psychological personalities in employees who are about to get fired. Those who are so stressed, traumatized, and anxious about it that they are paralyzed from doing anything and stick their head in the sand like an ostrich because they are so overwhelmed with fear. Regrettably and without fail, those are usually the ones who get fired. Then, there are those individuals who have the good presence of mind to seek legal intervention before it is too late. It is those who are in the latter group (rather than the former group) who stand a chance at either saving their job or buying themselves enough time to look for a safe landing employed somewhere else.

The primary piece of advice we can share is that you should trust your gut, i.e. your intuition. If you suspect your boss is trying to set you up for termination in your near future, unfortunately, chances are he/she probably is. Do something about it before it is too late. Calling us sooner rather than later increases your chances for a positive outcome.