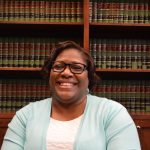 Georgia Education Lawyer obtained a “no probable cause” finding for Ms. Stephanie Fleet effectively dismissing the charges that were brought against her by the Attorney General on behalf of the Georgia Professional Standards Commission, the state agency that regulates teacher contracts.

Mrs. Fleet, a Georgia Association of Educators’ member, was gratified for the help both GAE and her attorney provided stating: “I am very grateful that I had GAE’s team on my side. My UniServ Directors went to bat for me and their network attorney represented me with real passion.”

For further information on this case, you can read here.